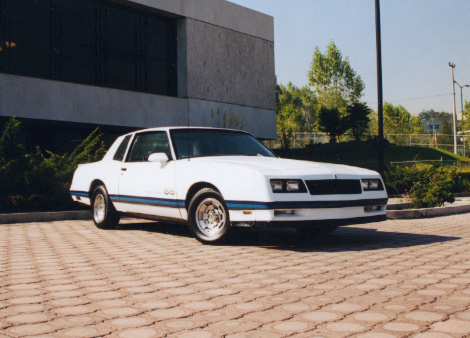 Please Note: Hector has modified his SS (as many of us in the United States have) over the years. These changes include:

Hector indicates that the Mexican Monte Carlo SS was only offered in 1984, therefore, they are not very common there. It was named the fastest production car in Mexico at the time. Other car manufacturers were producing 4 and 6 cylinder cars, and a few 5.0 liter V8 models. Only trucks were available with equal or larger engines. As noted above, the Mexican SS came with a 350ci Engine, a 4 speed Hurst Manual Transmission, 4 barrel Rochester Quadrajet carburetor, performance suspension, bucket seats, manual windows and power locks.

MonteCarloSS.com would like to thank Hector Gonzalez for sharing his SS with us, and for providing the valuable information and images of this very rare Monte Carlo SS!

Oscar Correa from Mexico City has also sent an picture of his 84 Mexican SS. Thanks very much Oscar!